Prince Harry’s debut memoir Spare drops on January 10, and he has two (2) major interviews lined up right before it: one with Anderson Cooper on 60 Minutes in the United States, and one with Tom Bradby on ITV in the United Kingdom.

And amid 60 Minutes releasing a teaser for their Prince Harry interview, ITV just dropped a trailer of their own. The footage is pretty pieced together, but here are some quotes, via The Telegraph:

“It never needed to be this way.”

“The leaking, and the planting…”

“I want a family, not an institution.”

“They feel as though it’s better to keep us somehow as the villains.” 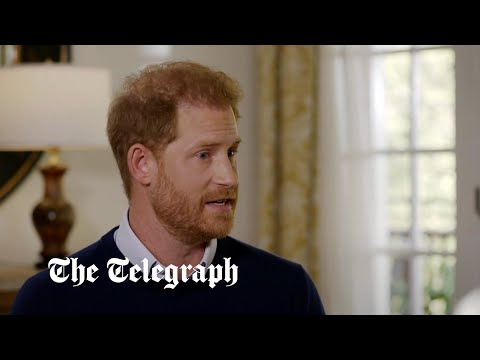 A lot of these quotes echo what Harry tells Anderson Cooper in a clip from 60 Minutes, especially when he says “They will feed or have a conversation with the correspondent and that correspondent will literally be spoon fed information and write the story, and then the bottom of it, they say that they’ve reached out to Buckingham Palace for comment. But the whole story is Buckingham Palace commenting. So when we’re being told for the past six years, we can’t put a statement out to protect you, but you do it for other members of the family, there becomes a point where silence is betrayal.”

Selena Gomez Responds to Fans Commenting On Her Shaking Hands

On social media, people are quick to be critical, and Selena Gomez was scrutinized by her fans after posting a TikTok in which she...
Read more
Culture

Megan Fox is known for her signature long dark tresses, but it's a new year and thus time for a new look. She debuted...
Read more
Culture

Jennifer Lopez had an action-packed experience both on- and off-camera while filming Shotgun Wedding.The multi-hyphenate shared a harrowing story from the set during a...
Read more

Women In Business Mag is your news, entertainment, music fashion website. We provide you with the latest breaking news and videos straight from the entertainment industry.

Eve Panaguiton, Founder Of Aslan Investing Company, Is On A Mission...